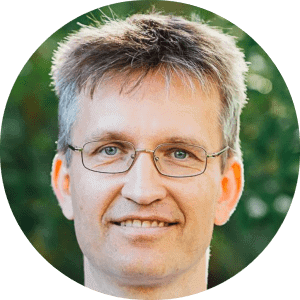 On Wednesday there were reports from blockchain monitoring services that indicated around 263 million units of the cryptocurrency Dogecoin moved in a single day. The Dogecoin—valued at around £23 million—is the second movement in this amount in as many days. The sender is anonymous.

In fact, the receiver is anonymous as well. All that is known is that the Dogecoin moved, not from where or to whom. But while no one except the holder of the Dogecoin knowns the reason it moved, the reverberations of this have already had a significant impact on the market, particularly in Tesla stock.

Tesla CEO Elon Musk recently tweeted that he would not be giving up his holdings in Dogecoin. Even before that, he was pledging his support to the currency by calling it the best cryptocurrency out there.

He has never made the logic behind this statement clear, but what is clear is that these two statements have created a strong, unofficial relationship between Tesla and Dogecoin. Each tends to track the other, causing many to wonder just how big Elon Musk’s investment in Dogecoin really is.

It is even possible that the recipient of the 263 million Dogecoin is Musk himself. Although it is easily possible that he is the sender of the total. In either case, the transaction has resulted in a marked increase in Tesla’s stock price, solidifying the relationship that is, oddly enough, not even official.

What is Special About Dogecoin?

While most people know Dogecoin as a joke (understandably so—it was created as a joke, according to its creators) but they do not know what makes the currency unique. Many people assume that Elon Musk calling it the best cryptocurrency is meant as a slight against cryptocurrency in general.

But the truth might be more complex than that. It has to do with the way Bitcoin works. Bitcoin is the biggest cryptocurrency in the world, and the one Dogecoin was created to parody. One of the key factors that keeps Bitcoin valuable is the fact that there is a limited number of mine-able Bitcoins.

The creator of Bitcoin made sure that there could only ever be 21 million total Bitcoins in the world. That way, Bitcoin can never be mined into having no value. Once those 21 million Bitcoins are mined, part of having a Bitcoin will come from the scarcity enforced by that artificial limit.

Dogecoin works a bit differently. Like Bitcoin, Dogecoin uses a “proof of work” system, meaning that it gets its value from the security of its blockchain technology. But unlike Bitcoin, Dogecoin has absolutely no limit on how much can be mined. That means as much can exist as one can make exist.

If you do not know already, mining a cryptocurrency—whether it is Bitcoin or Dogecoin—involves using a high-end computer to run computations for the blockchain that the cryptocurrency exists upon.

The blockchain is an incredibly complex network of computers processing thousands upon thousands of transactions. By using a powerful computer to help process these transactions, the blockchain grants you fractions of the currency that you are supporting. This process is called “crypto mining”.

Part of what makes Dogecoin unique is that it has two opposing forces acting upon its value. The first force is the downward-acting force of the threat of inflation. This exists because Dogecoin is always going to inflate as time goes on with no hard cap on the total existing Dogecoin like Bitcoin has.

However, at the same time that Dogecoin suffers that downward force, the fact that it hasn’t suffered hyperinflation yet acts as a force that supports its value. In fact, Dogecoin gains far more value than it loses by virtue of the fact that it will, one day, be too inflated for anyone’s savings to mean anything.

How Does Dogecoin’s Value Work?

Dogecoin is an older cryptocurrency than most. That means that there have been far more serious cryptocurrencies that have risen in value, fallen into nothingness, and been reduced to a joke that is far more tragic than the joke Dogecoin is trying to tell. And that creates a funny economic situation.

If one country’s currency loses value, then the currency of the countries next to it will generally gain in value at the same time (provided that those countries do not do anything silly like stake the value of their currency to that of the first currency). The same thing applies to cryptocurrencies as well.

When other currencies lose their value, so long as the whole crypto market is not crashing, the viability of Dogecoin (and every other cryptocurrency) is reinforced. This is not intentional on Dogecoin’s part, obviously—primarily it is getting its value from the same blockchain proof of work system as Bitcoin.

But it cannot be denied that as more inventive and convoluted cryptocurrencies live their entire lifecycle out while Dogecoin barely ages a day, it does make the currency seem more and more appealing.

What Does this Mean for the Market? 📊️

The most obvious thing that will happen due to this movement of Dogecoin is that Dogecoin will appreciate in value. This is important, as many cryptocurrencies have been suffering blow after blow recently. Between China outlawing certain sizes of crypto mining farms, to sanctions on Russia.

The fact that Dogecoin seems to be rising in value will mean that people will flock to it as a port in the storm as the rest of cryptocurrency depreciates in value. This will make other currencies lose value even more. This can be a good thing, however, as it gives lower yield investors a window into buying crypto.