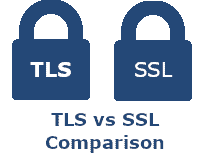 In an increasingly digital world, especially one spurred forward by Covid-19, cybersecurity has become a rather big issue.

Probably the most recent major cybersecurity breach was the Sollarwinds hack, in which hackers were able to place malicious code in a security update that breached several companies’ servers.

Given that even major tech companies can be hit with cybersecurity attacks, it’s important to take these things seriously. This is especially the case when handling sensitive financial information, such as in case of using top online trading platforms, banking, or even just cart checkout.

Therefore, knowing the difference between TLS and SSL, what they actually do, and which one you should be using, are all important questions you should have answers to.

What Are SSL and TLS? 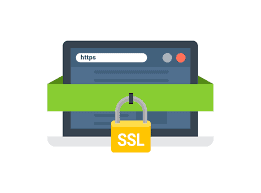 SSL or Secure Sockets Layer is essentially an encrypted pathway between two devices that makes sure any data is safe.

It works as the standard technology to secure internet connection and prevents things like man-in-the-middle attacks, or other sorts of snooping that can be done while data is being transferred.

In a way, it functions very similarly to a top VPN, except you don’t control it and it doesn’t apply to your internet connection as a whole. Instead it usually only applies between the website owner and yourself. This is pretty important for cases where your information like your credit card number and bank details are being transferred.

As for TLS, or Transport Layer Security, well that’s essentially just an upgraded version of SSL. It’s important to note that nowadays we say SSL a lot and use it as a standard term, but a lot of websites will often have TLS enabled instead (because it’s the more modern standard).

So how do you know if the website you are using has SSL? Well, the URL at the top will usually say HTTPS, with the S in the end there signifying it’s secure by either SSL or TLS.

What Is the Difference Between SSL and TLS?

The truth is, while there certainly are differences between SSL and TLS, the difference is relatively minor. Even so, here are the main points of difference between the two:

Arguably one of the most important parts of the process, the handshake is what actually establishes encryption. For SSL, the hash calculation during the handshake deals with both the master key and the one-time-pad encryption pad, whereas for TLS hashes are calculated in the handshake.

Another important part of maintaining security, the SSL approach is rather ad-hoc when it authenticates the keys and application data. On the other hand, TLS uses a more standard HMAC Message Authentication Code system (MAC).

SSL only supports the Fortezza cipher suite, while TLS does not. Instead, TLS supports a wider range of suites including AES, Triple DES, RC4, and IDEA.

Finally, a slightly inconsequential difference is that SSL only has a singular warning when there isn’t a certificate, while TLS has multiple warnings.

Even with these few things here, the important thing to remember is that TLS is essentially just an updated version of SSL with patched vulnerabilities. Interestingly enough, the first version of SSL didn’t come out because it had big security issues, and the first proper public release was SSL 2.0 in 1995.

Why Is It Important to Use SSL or TLS?

As mentioned in the introduction, cyber attacks have become an ever-expanding threat that targets companies across the world.

Even if you’re just running a an awesome blogging site, it’s important to make security is the best it can be, especially since so many aspects of our lives are interconnected.

More importantly, if you have a website that is dealing with customer information, then it becomes an even bigger issue for you to keep their information safe. Whether it’s a matter of legal liability or regulation, having an SSL certificate is important.

Important Benefit of Having an SSL/TLS

Granted, a site can technically not have an SSL/TLS certificate and it would still show up, but users will receive a “not safe website” warning.

Speaking of users, having a secured website provides a lot of trust with users & customers, especially as they get more and more informed about cybersecurity. A lot of people nowadays probably wouldn’t even do any form of online banking if there isn’t HTTPS at the beginning of the URL.

Finally, and since we mentioned online payments earlier, SSL/TLS is required to satisfy PDI/DSS requirements. So either way, you’re going to have to get a certificate if you accept any kind of online payment.

Should You Be Using SSL or TLS?

You should absolutely be using TLS since it’s the more modern standard, plus the fact that SSL is now depreciated. What that means is that SSL is not really a fully secure protocol like it used to be, and even that is somewhat debatable.

So How Do You Enable TLS?

Well, the first thing to remember is that this is not a certificate issue. The term ‘SSL Certificate’ is a catch-all/branding term that in reality covers both SSL and TLS. So you don’t need to worry about updating or getting a new SSL certificate.

Instead, what you need to worry about is the protocol used at the server level, which is something you actually can have some control over. Now usually, this is controlled by your web host, and they’ll most likely be running TLS 1.3 as standard anyway.

Just to be doubly sure though, you can use something like the SSL labs tool to make sure that your site actually is running TLS 1.3.

If you do find out that your site is using the SSL or even an older TLS protocol, at that point your best bet is to directly contact your host and see what they can do to get you on to the new protocol.

To conclude, it’s important to make sure that you not only have a valid SSL certificate but that your website is using the TLS 1.3 protocol. Don’t leave yourself vulnerable to attack, especially if you handle information for other people.

Finally, it’s always good to keep yourself up to do date with the latest security information, and that includes any new updates to things like TLS.